Permalink
Congratulations to g + b managing partner, Ken Bloom!  Ken was just named one of five finalists across the nation for the Construction Litigation Management Professionals of the Year Award for Outside Counsel.

Read about the selection here:

If you are in Dallas at the conference, please say hello to Jeff and Ken! 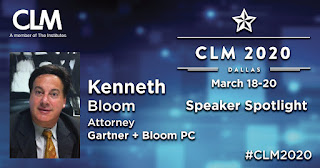 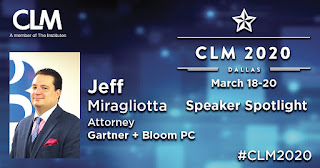 Immigration Support Affidavit: a Trap for the Matrimonial Practitioner

Permalink
Partner Stuart F. Gartner and Associate Kaela A. Mahon published an article today in the New York Law Journal addressing the conflict that arises when a matrimonial agreement or judgment conflicts with support obligations contained in an immigration 'sponsor' affidavit.  The article is published at https://www.law.com/newyorklawjournal/2020/01/02/affidavit-of-support-trumps-a-judgment-of-divorce/

Dismissal of Snow and Ice Case in Bronx County

Permalink
Anne Armstrong recently obtained a dismissal of a plaintiff's complaint in the Bronx by way of a summary judgment motion that she orally argued.  The plaintiff, Theresa Berrios, had sued the Firm's client - a general contractor - for injuries arising out a slip and fall on ice that had formed on a sidewalk around where the client had done construction work.  After oral argument, Justice Mitchell J. Danziger dismissed the complaint.  The decision is Theresa Berrios v. City of New York, index number 304746/2014, Supreme Court, Bronx County.

Permalink
Attorneys Arthur Xanthos and William Brophy recently obtained a stunning victory on behalf of an Upper East Side co-op, that had been sued by shareholder-tenants seeking seven figures in damages due to leaks into their apartment over a span of nine years.  Specifically, the shareholder-tenants sought money for a maintenance abatement, diminution in value to the apartment, property damage, and punitive damages.  The complaint sought more than $1 million, and the settlement demand at trial was $250,000.  After trial, however, the only damages awarded amounted to a little more than $16,000.
9/10/19
Arthur Xanthos, Business Judgment Rule, co-ops and condo, Gartner + Bloom, Insurance Defense, litigation, William Brophy
Comments
Permalink
KERNAHAN AND JUDICIAL HURDLES TO ARBITRATION
By Jacqueline A. Muttick, Esq.
New Jersey courts have continued the trend of applying an exacting reading to arbitration provisions, resulting in cases where such provisions have been struck down for failure to state clearly and unambiguously that the parties waive the right to seek relief in court and instead elect arbitration. A recent decision from late last year held an arbitration provision to be unenforceable when it did not set forth a specific arbitration forum (or a process for choosing an arbitration forum), and otherwise did not itemize the rights that replaced the right to proceed in court. Flanzman v. Jenny Craig, Inc., et al., 456 N.J. Super. 613 (App. Div. 2018). Likewise, the Court earlier this year struck down an arbitration provision that it similarly deemed ambiguous when, among other things, the provision itself was not labeled an “arbitration” provision and contained contradictory language that failed to inform the parties of the rights they were waiving. Kernahan v. Home Warranty Administrator of Florida, Inc., __ N.J. __ (2019).
In Kernahan, the parties entered into a consumer agreement and, after plaintiff consumer filed litigation, defendants moved to dismiss the complaint and enforce arbitration pursuant to the agreement. The Court found that the contract failed to inform consumers, including the plaintiff, that they were waiving their right to trial. Specifically, the arbitration provision was found in a section of the agreement labeled “Mediation,” the font size was small making the provision difficult to read, and the provision itself contained contradictory terms including requiring the arbitration to proceed under the AAA’s Commercial Mediation Rules. (Mediation and arbitration are vastly different, with mediation still providing parties with the opportunity to litigate while arbitration is a process that results in a final disposition.) The Plain Language Act, N.J.S.A. 56:12-1 to -13, requires consumer contracts be written in such a manner as to be understandable by a lay person, and the case law regarding arbitration provisions applies this standard as well. Since the provision in the Kernahan agreement failed to meet these requirement, there was no mutual assent to arbitration and the provision was deemed unenforceable. The Court again reaffirmed the position that “an arbitration agreement is clearly enforceable when its terms affirmatively state, or unambiguously convey to a consumer in a way that he or she would understand, that there is a distinction between agreeing to resolve a dispute in arbitration and agreeing to resolve that dispute in a judicial forum.” Id. slip op. at 24 (citing Atalese v. U.S. Legal Services Group, L.P., 219 N.J. 430, 442-444 (2014)).
The Kernahan decision is significant for its discussion of Kindred Nursing Centers Ltd. Partnership v. Clark, 137 S. Ct. 1421 (2017). In Kindred Nursing, the United States Supreme Court reviewed a Kentucky case requiring a power of attorney agreement to explicitly state that the agent (the attorney-in-fact) held the authority to waive the principal’s right to a jury trial. The Supreme Court held that such a requirement contravened the Federal Arbitration Act, 9 U.S.C. §§ 1 to 16, by holding arbitration agreements to a more exacting standard than other agreements, and by adding an additional barrier to the enforcement of arbitration agreements.  The Court in Kernahan was not asked to review whether Atalese and other New Jersey cases violated Kindred Nursing. Nevertheless the Court did note that such an analysis would not be required for Kernahan because the threshold issue of whether the arbitration provision was clear was easily answered, as the provision did not contain the clarity required for mutual assent. In his concurring opinion, Justice Albin directly addressed this issue and found that Atalese did not conflict with Kindred Nursing, as New Jersey's case law does not disfavor arbitration agreements, but instead only requires the same mutual assent for enforcement that is required of all contracts.
While the majority opinion avoided directly opining on whether Atalese and its progeny runs afoul of Kindred Nursing, it appears from Kernahan that the Court is poised to uphold current New Jersey case law. Given the Court’s ruling in Kernahan, it is anticipated that New Jersey courts will continue their reading of consumer arbitration provisions, which currently favors jury trial in the event there is any ambiguity regarding the mutual assent to arbitrate. At the moment, the Court requires an explicit waiver of jury trial (see, e.g, Atalese), selection of the specific arbitration forum, itemization of the rights replacing the right to proceed in court (see Flanzman), and observance of the Plain Language Act, including clarity in contract terms and headings.
-JAM 6/18/19